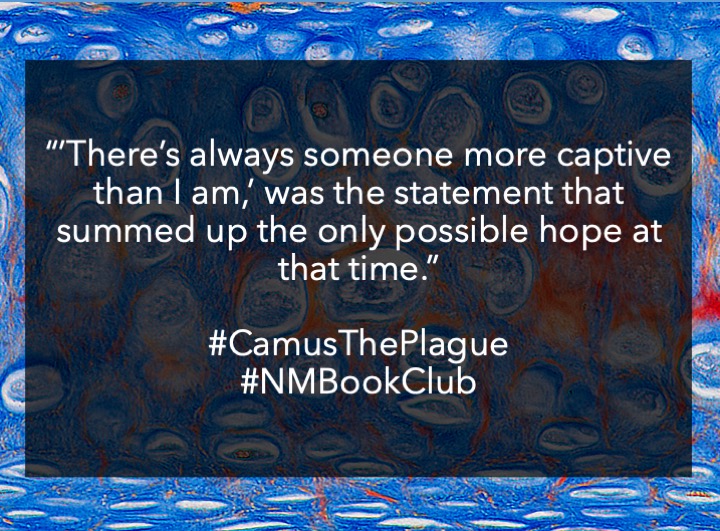 The first pages of Part III are eerily back on track with our world again, as the narrator gives a sweeping summary of the way things are in the late summer of the plague in Oran. The highest numbers of victims are in the areas with the closest quarters – the less affluent districts, the prison. Revolts start to happen. The narrator spends a while telling us about the grim reality of burials, the details of which are not too different from what we are seeing: victims dying alone, families unable to attend the funeral. And then another chilling and prescient statement, when more “immediate concerns” prevents the town people from fixating on the burials: “Taken up with queuing, pulling strings and filling forms if they wanted to eat, people did not have time to worry about how others were dying around them and how they themselves would one day die. So these material difficulties which seemed like an affliction would eventually be seen to have been a boon.”

FOR TOMORROW: Read to the end of Part III! And our next zoom call will be Sunday at 2pm – keep your eye on the blog for the zoom link to register!