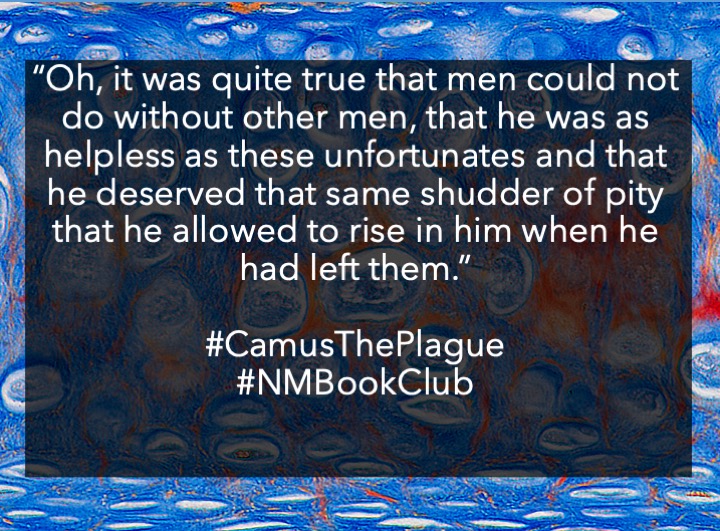 At the beginning of Part IV we get a discussion of the exhaustion that has taken over the town, and the way that without a cure for the plague, Rieux’s role has gone from that of “a healer” to that of “a diagnostician.” He has “just enough heart” to “use it to bear the 20 hours a day in which he saw men dying who were made for life.” An exhaustion has set in that numbs them all, against the suffering but also against the very precautions that are meant to protect them against the plague. An eery statement, in our moment: “It was the very struggle against the plague that made them more vulnerable to the plague.” An interesting piece about Cottard, too, whom we spoke about in our meeting on Sunday: a character who is thriving, in a way, under the Plague, because he is no longer isolated, instead united with everyone else in the condition of hardship.

FOR TOMORROW: Next 7 pages, up to “Tarrou looked at him and smiled suddenly,” in the second section of Part IV.